Ice Walkers: On the Surface

Duration: One Block of Ice
Created: 2016
Elements: Sculptural Matieral (ladder, pvc pipe, glass plate, contact microphone, blue chalk & loudspeakers), ice block, field recordings of walrus, sine tones & synthesized bell sounds.
Details: The term “ice walker” is an Alaskan native term for the Northern Pacific Walrus, who haul themselves out of the sea onto ice with their large tusks. This walrus population depends on sea ice in order to haul out of the water and rest when foraging off shore. The principle element of their diet is more accessible if the sea ice extends over the ocean, thus the walrus is an indicator species of global warming. As the sea ice has receded in recent years, the population has declined. The walrus population in 1977 was roughly 328,000 and in 2016 it was 129,000.

The principle cause of recent sea ice reduction is the warming of the planet. Scientists collecting data on global warming have published the levels of gases in the earth’s atmosphere which contribute to warming; ; CO2, CH4, N2O, CFC12, CFC11 and 15 other minor gases. In addition to these fluctuations, the total adjusted level, CO2 in ppm Aggregate Greenhouse Gas Index (AGGI) value and percentage of change in AGGI are published. This data set serves as the basis for this work. As the piece unfolds this data is turned into sound and the audience listener is enveloped in a less or more stressful environment, just as the walrus population is.

Ice Walker: On the Surface combines four sound elements to create a work that is driven by climate and walrus population data. The principle sound element is a a bank of 8 sinetones, combined to produce an undulating field. These sinetones sonify the the green house gas data by mapping the level of these 8 gases to frequency. This computer video screen in the space presents the year and the level of each gas. The next sonic layer are a series of field recordings made at Round Island, a walrus preserve, off the coast of central Alaska. This collection of recordings presents both walrus and bird vocalizations. As the year increases and the population declines, the presence of these recordings recedes and the walrus becomes a distant echo. This rich tapestry of sound is diffused from a full range speaker which takes advantage of the unique reverberance of the presentation space and is located outside of the listeners visual field.

In contrast to the diffuse sonic tapestry of the first two layers, there are two remaining sound sources that emanate from the pipes located on the floor. Like the long tusks that protrude from the walrus, pipes extend from the sculpture. These pipes, coupled to speakers, are highly directional resonant chambers and serve to convey sound events. The first of these two sound events is an amplification and rearticulation of the melting ice hitting the glass plate. Each drop triggers a new sound event as the melting ice performs the work. In concert with the metallic structure of the amplification pipes, synthetic bell sounds rise in tone and shift in timbre in conjunction with the raising temperature. At the heart of this series of relationships is the walrus population. As the temperature rises, these animals have less access to food and experience a greater degree of stress, resulting population declines. The sound of Ice Walkers: On the Surface embodies the stress that the walrus population experiences as the temperature of the planet rises. Moving across data from 1977 to 2016, the audience is enveloped in an increasingly stressful sonic manifestation of the rising temperatures. All the while, melting ice performs a compositional work that spans the length of one block of ice.

This work was presented at the University of Iowa Museum of Art as part of the Grant Wood Fellowship Exhibition. Ice Walkers: On The Surface 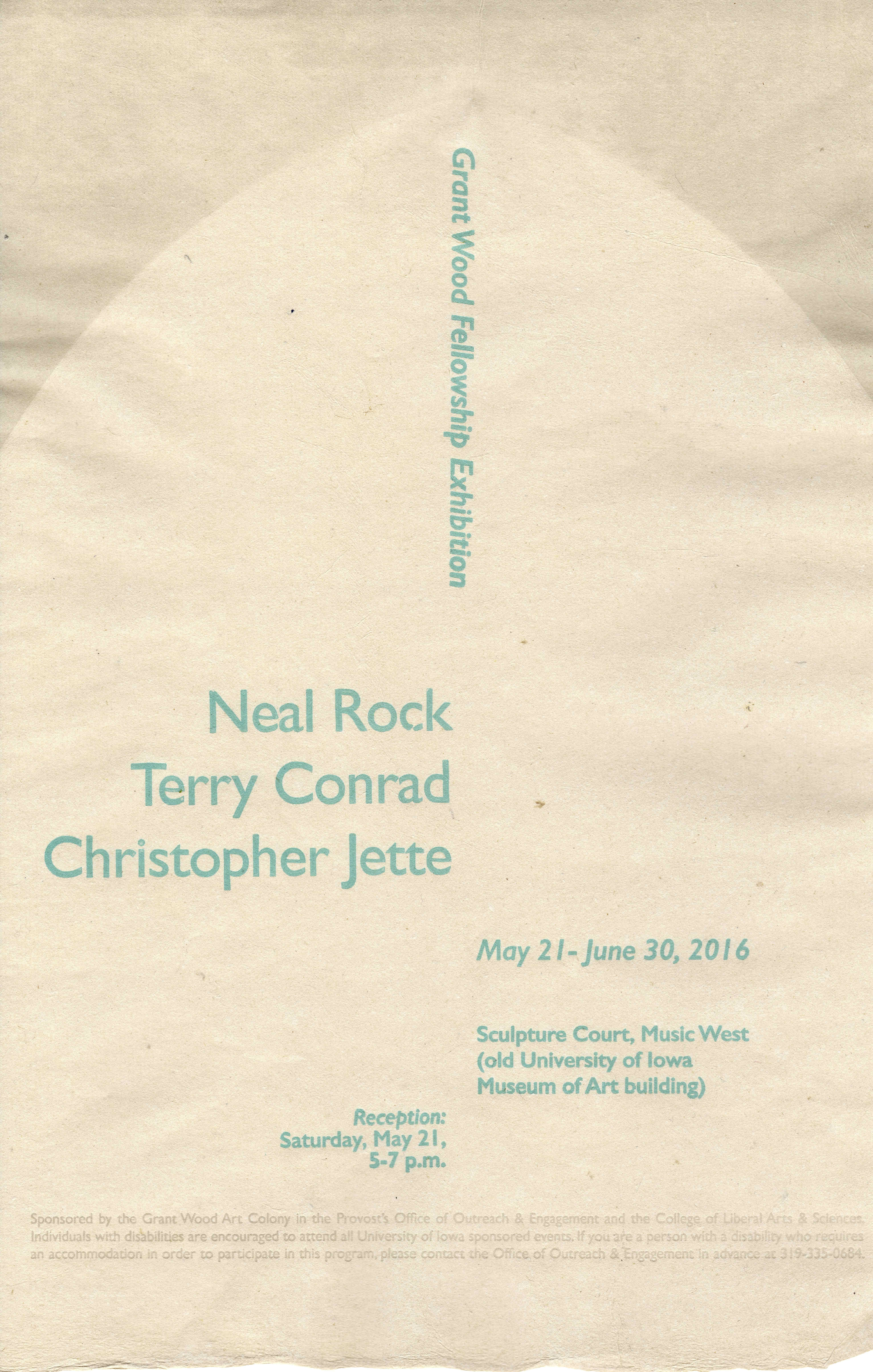